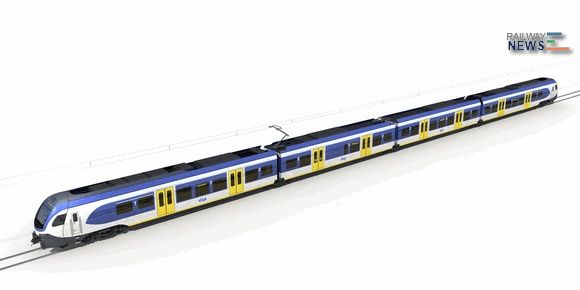 Stadler on track for success in the Netherlands

Stadler Rail has won an order of Dutch State Railways (NS) for 58 FLIRT trains. The trains will already be delivered at the end of 2016. This sees Stadler demonstrate an unparalleled degree of flexibility once again: in recent years, no other company has managed to process so many contracts of this type, with such short delivery times, on schedule. The trains will be used in the commuter and regional transport systems nationwide. The order volume amounts to approximately EUR 280 million. This represents Stadlerâs first order from NS.

The particular feature of this order is the very short delivery deadlines for such a large number of vehicles. In rail vehicle construction, the lengthy lead time means that in most cases, production can only begin one to two years after an order has been received. This is because many components have to be purchased and include delivery deadlines of up to one year. Furthermore, engineering also has to construct the vehicle before any orders can be released.

Peter Spuhler, owner and CEO of Stadler Rail Group, is very proud of this recent success: âThis order increases the number of FLIRT trains sold to 1,094. Once again, we have been able to demonstrate that we are in a position to guarantee very short delivery times.â Stadler Rail has processed a high number of orders from its bases in Switzerland in recent years, always meeting the deadlines. This includes, for example, the order for 50 FLIRT trains from Norwegian State Railways (NSB). The successful execution of this order has already triggered follow-up orders for 31 additional trains, which has seen Stadler set an unparalleled standard in Europe.

The 58 electric FLIRT trains include 33 three-carriage and 25 four-carriage trains. As with all FLIRT trains, they also include the following features as standard: spacious, transparent interior design, large multi-purpose spaces in the entrance areas and vehicle bodies made from lightweight aluminium, leading to significantly lower energy consumption and thus also substantially lower energy costs. Each train is equipped with an accessible toilet and is prepared for the modern European Train Control System (ETCS). The latest crash fronts ensure a very high level of passive safety for passengers, for example in the case of an accident at a railway crossing.