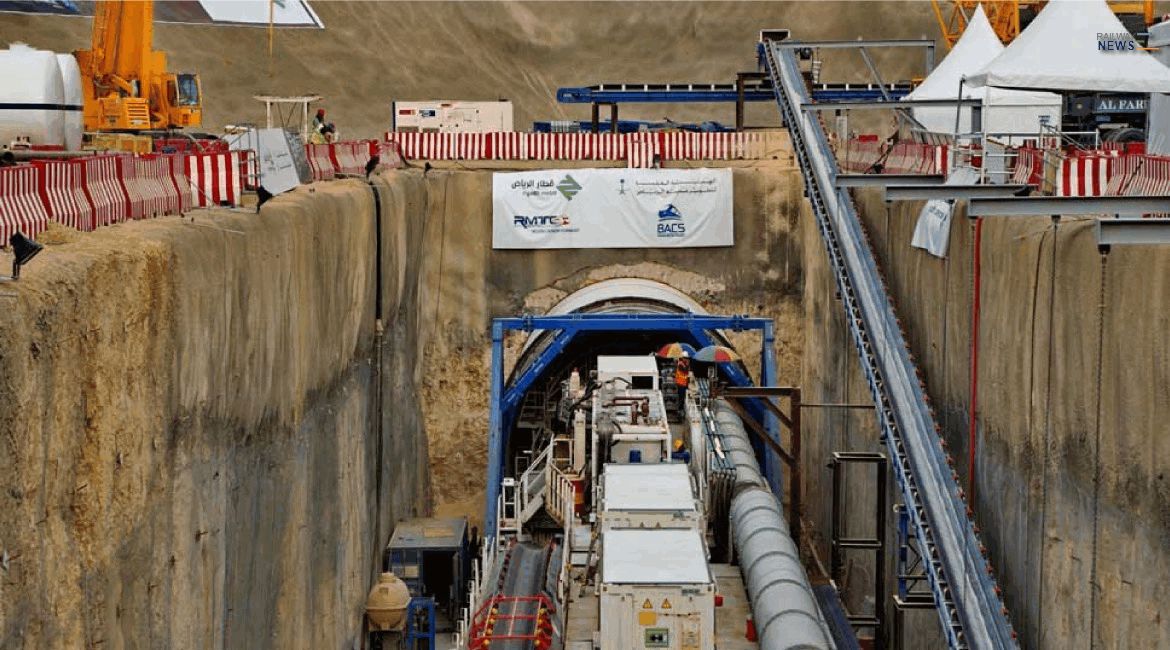 A consortium led by Bechtel has begun tunneling on Line 1 of the Riyadh Metro in Saudi Arabia, marking an important milestone in the construction of this landmark project. Riyadh Metro is set to be the countryâs first underground rail system and one of the largest in the world.

The Bechtel-led consortium, which includes Saudi company, Almabani General Contractors, Middle East-based Consolidated Contractors Company, and Germanyâs Siemens AG, is responsible for the $10 billion contract for the design, construction, train cars, signaling, electrification and integration of Lines 1 and 2 — two of the most challenging lines on the Riyadh Metro project. The work includes 39 stations, two of which are key interchange stations: Olaya Station, situated in the center of Riyadh at the intersection of Lines 1 and 2, and King Abdullah Financial District Station, located slightly to the north on Line 1.

âThe metro, set to be the cornerstone of Riyadhâs new public transport network, will revolutionize how people move around the city,â said Amjad Bangash, Bechtelâs director on the project. âSending our teamâs first tunnel boring machine on its underground voyage is a significant step for all.â

Bangash said the tunneling work beneath the streets of the Saudi capital will prove challenging. âGetting early agreement on the alignment in the heart of the city was crucial to advance the detailed design work needed to start tunneling. We appreciate the efforts that our client, Arriyadh Development Authority (ADA), and many other stakeholders undertook in helping us achieve this.â

The first tunnel boring machine, Mneefah, named after the horse of Saudi Arabiaâs founder King, will steadily ramp up to its planned average tunneling rate of about 325 feet (100 meters) per week and is expected to complete its journey by mid-2016. In total, seven tunnel boring machines will be deployed by the Bechtel-led team to dig and construct more than 21 miles (more than 35 kilometers) of tunnels beneath the capital city.

Riyadh is one of the worldâs fastest-growing cities, with a population expected to increase 50 percent by 2035 to 7.5 million. The Riyadh Metro is part of a 25-year strategic plan prepared by the High Commission for the Development of Arriyadh to cater for this growth. When complete, the 109-mile (176-kilometer), six-line driverless network will serve 400,000 passengers.

A global leader in the rail industry, Bechtel has successfully delivered some of the largest and most complex rail projects in the world, including the Channel Tunnel, High Speed 1, the San Francisco BART system and the Athens Metro. The company is currently providing project management services on Crossrail in London, UK, which is Europeâs largest civil engineering project, and where 26 miles (42 kilometers) of tunneling has just been completed on schedule. It is also working on the Rio de Janeiro Metro in Brazil and the Toronto-York Spadina Subway Extension in Canada.