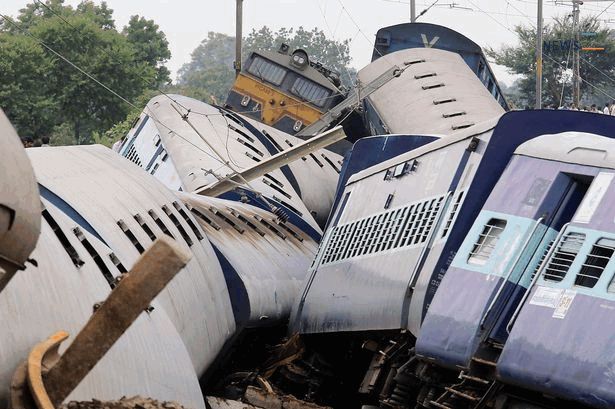 Two express trains plunged into river in central state of Madhya Pradesh and 300 passengers had to be rescued.

A flood-hit railway bridge collapsed under the weight of two passing trains, killing 29, in India. Two express trains derailed into a river in India after then flood water weakened the tracks.

Divers using gas cutters pulled out trapped passengers and 300 had been rescued by early morning, officials said. Dozens were rushed to hospital.

Twelve coaches of the Kamayani Express to Varanasi from Mumbai derailed near Harda, in the central state of Madhya Pradesh. Six coaches of the Janata Express, travelling in the opposite direction, came off the tracks at the same time.

Heavy monsoon rains and the tail-end of a cyclone have killed more than 100 people across India in flooding, landslides and building collapses in recent days.