A high-speed train service connecting the Chinese cities of Beijing and Shanghai has started operations to ease pressure on the country’s overloaded transport system.

The $33bn high-speed rail will be able to carry 80 million passengers a year, double the current capacity on the 1,318km (820 mile) route.

The trains will run at between 250 and 300km/hr on the Beijing-Shanghai link, although the line is designed for a maximum speed of 380km/hr. 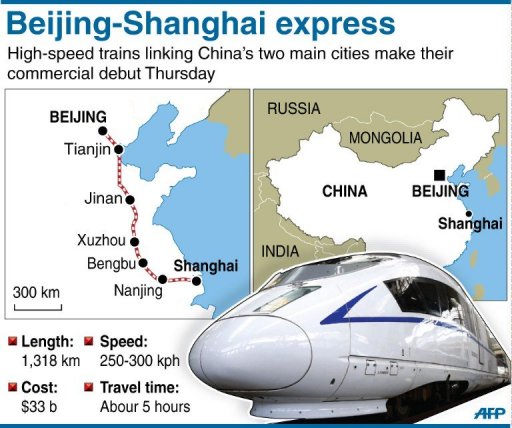 The project has been embroiled in controversy after China’s state auditor revealed that construction companies and individuals siphoned off 187m yuan in funds meant for the Beijing-Shanghai link last year.